Join me on my journey.

Decoding my recent obsession with triangles

September 5, 2016 | No Comments | Behind the Scenes, Inspiration

If you have been following my most recent designs, you may have noticed how prevalent triangles in all forms have become in my work. While I initially just wrote it off as just a design element that I was being drawn to, a recent comment from a client got me thinking about why I am so compelled to use the triangle.  As I started looking into various meanings behind this symbol, I am not surprised at all that it has been tugging away at a part of my brain for awhile. When I started to pull together all the different meanings and symbolism associated with triangles, it all made sense to me.

One of the first thing that stands out to me is the natural connection to the number 3. Mathematically speaking, three is a cool number, representing the union of its two predecessors.  Numerologically speaking, One represents force, Two represents an opening, and Three is the birthing of true wisdom.

Some of the more prevalent trinities associated with the triangle are:

What I think is so cool about the above list, there is something on there that appeals to everyone. Personally, I have a strong connection to the cycles of the moon, a dedicated yoga practice which relies on the mind, body spirit connection, and that’s just the first two on the list.  No wonder my mind has been circling around triangles.

The form of the triangle is said to represent different energies depending on how it is worn. Lately, many of my pendants feature the inverted triangle, a well known symbol for the divine feminine, representing the sexual nature of the female, water, and religions connected to goddesses. The inverted triangle is also the alchemical symbol for water.  The crystals I have been working with only highlight these meanings, looking at the labradorite pendant below, how can you not see the fluidity of water, the flash of female intuition, and the vision of a filled and flowing chalice?

In addition, the triangle can symbolize how working together can unite people. They will use their traits that are the most strong ones they have. It can represent the process of development and getting to the highest point of a change that is spiritual. It can symbolize achieving dreams and ambitions. Perhaps what is so intriguing to me about the nature of the triangle is that it can be a very versatile symbol with different meanings. It can represent balance and being creative. It can symbolize rising up, something being manifested, illuminated, or integrated. The triangle can represent proportion, something culminating, and being subjective. What other symbol can mean things that are polar opposites? The upside down triangle is female, lunar, passive, and symbolizes Mother. The right side up triangle is male, solar, active, and symbolizes Father.

I’m curious, how does the triangle resonate with you? Let me know in the comment section below. 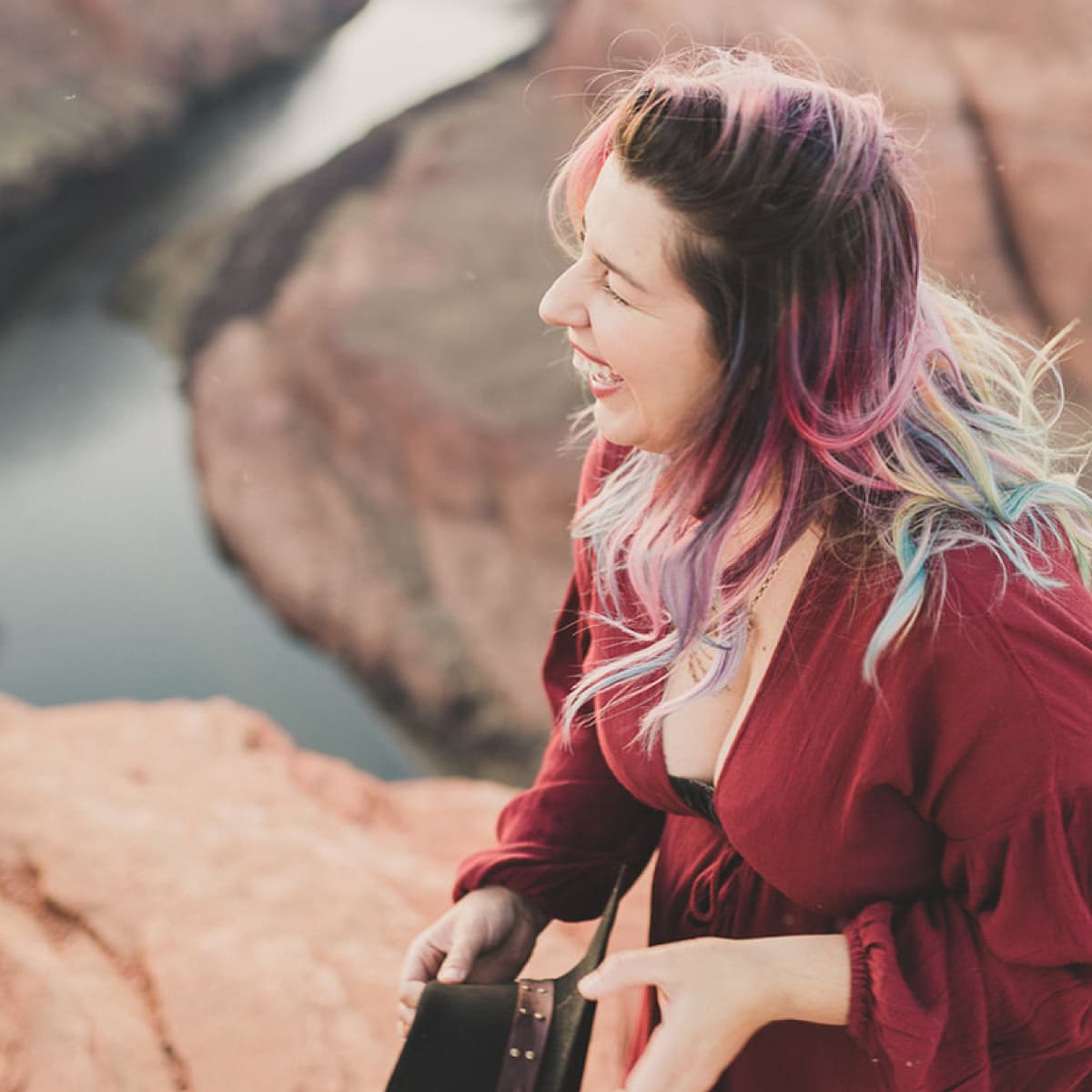 Why everyone should love copper jewelry 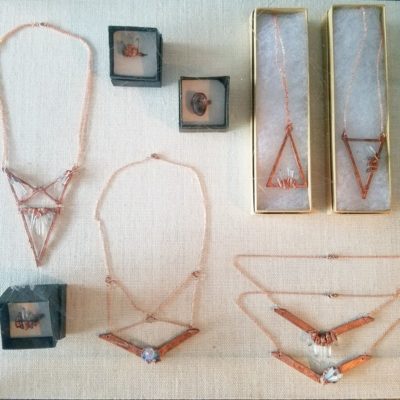 What goes into building a jewelry collection 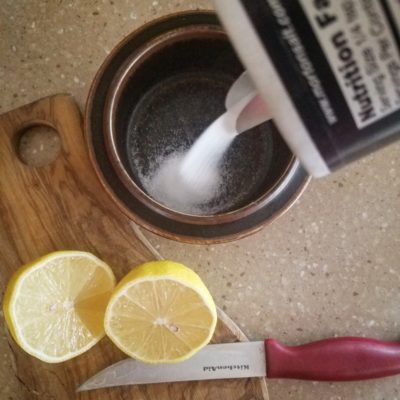 How to clean your natural copper jewelry 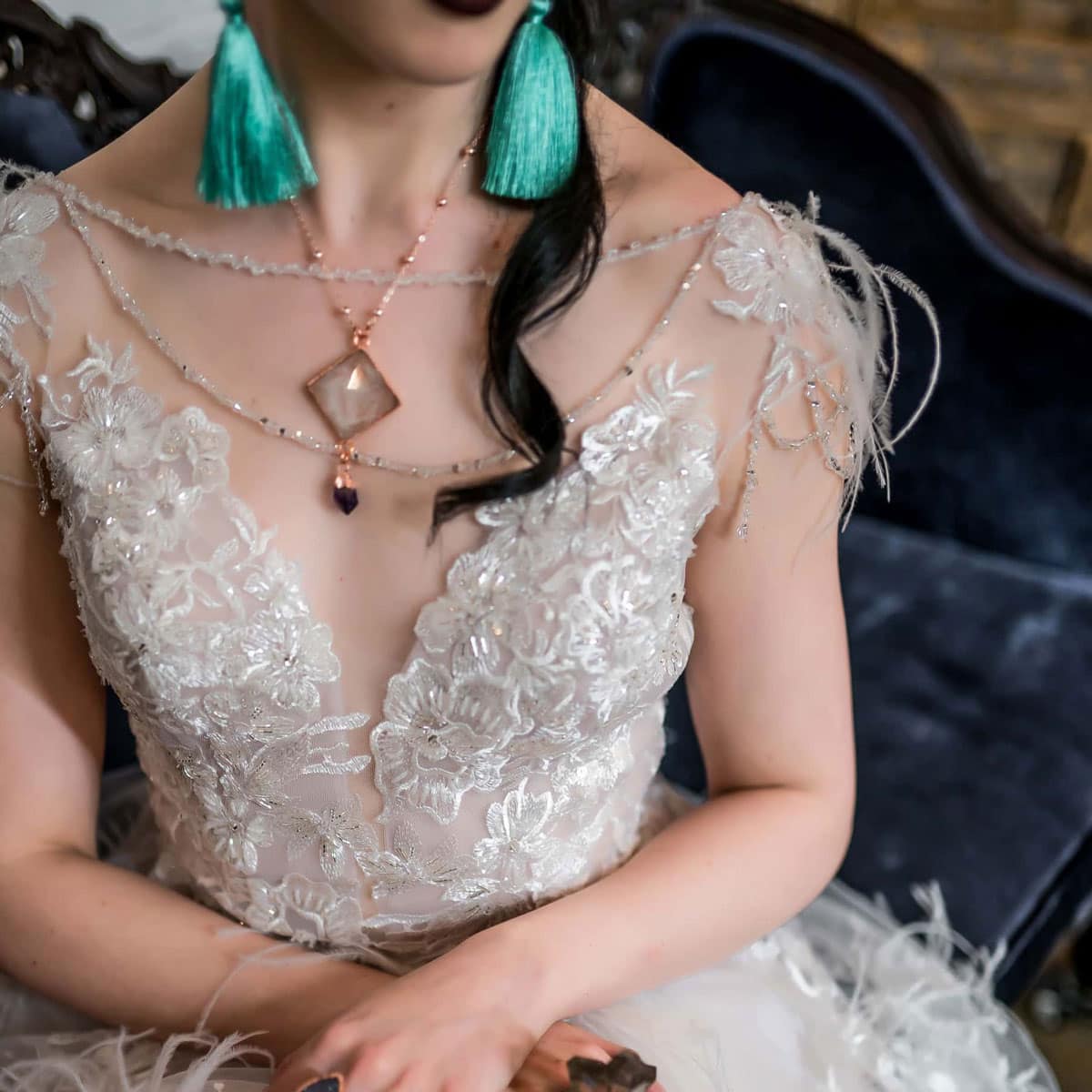 You can find out more about which cookies we are using or switch them off in settings.

This website uses cookies so that we can provide you with the best user experience possible. Cookie information is stored in your browser and performs functions such as recognising you when you return to our website and helping our team to understand which sections of the website you find most interesting and useful.

Strictly Necessary Cookie should be enabled at all times so that we can save your preferences for cookie settings.

If you disable this cookie, we will not be able to save your preferences. This means that every time you visit this website you will need to enable or disable cookies again.

This website uses Google Analytics to collect anonymous information such as the number of visitors to the site, and the most popular pages.

Please enable Strictly Necessary Cookies first so that we can save your preferences!

Please enable Strictly Necessary Cookies first so that we can save your preferences!

Like many other Web sites, we make use of log files. These files merely log visitors to the site – usually a standard procedure for hosting companies and a part of hosting services’ analytics. The information inside the log files includes internet protocol (IP) addresses, browser type, Internet Service Provider (ISP), date/time stamp, referring/exit pages, and possibly the number of clicks. This information is used to analyze trends, administer the site, track user’s movement around the site, and gather demographic information. IP addresses and other such information are not linked to any information that is personally identifiable.

We also use cookies - small text files sent to us by your computer - and web beacons to store certain information. We may use cookies to authenticate your identity, to determine if you are logged onto our website, for personalization, for security, for targeted advertising, or for analysis of the performance of our website and services. For example, cookies allow us to recommend blog posts to you based on what you have read on our site in the past. We use cookies that are not specific to your account but unique enough to allow us to analyze general trends and use and to customize your interaction with our website.

Most browsers are set to accept cookies by default. In addition, when you first encounter our website, you will be asked to “consent to cookies.” If you wish to disable cookies, you may do so through your individual browser options. However, this may affect your ability to use or make purchases from our website. More detailed information about cookie management with specific web browsers can be found at the browsers’ respective websites. What Are Cookies? By continuing to use our website and not disabling cookies on your browser, you are consenting to our use of cookies in accordance with the terms of this policy.

In addition, we may use third-party software to post advertisements on our website or mobile app to oversee marketing or email campaigns or manage other company initiatives. These third-party softwares may use cookies or similar tracking technology. We have no control over these third parties or their use of cookies. For more information on opting out of interest-based ads, visit the Network Advertising Initiative Opt-Out Tool or Digital Advertising Alliance Opt-Out Tool.